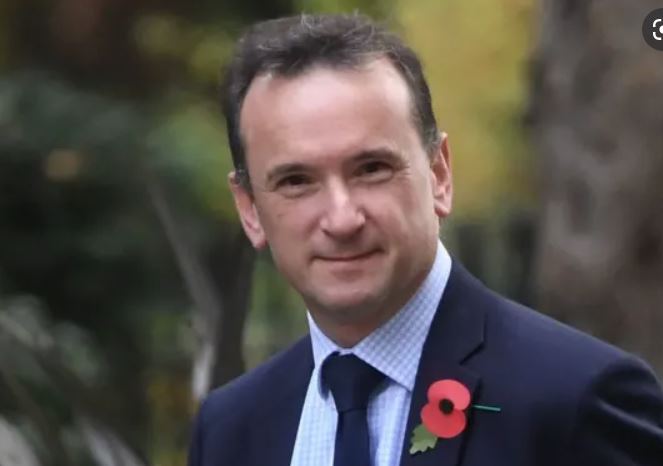 “It would be the easy option,” says Alun Cairns MP, “to stay in Cardiff or Newport, or Bristol or Birmingham or London. But what we’re seeing among the Somaliland diaspora is a desire to rebuild their country.”

The former secretary of state for Wales is speaking to The National after a five-day visit to the former British Protectorate at the invitation of the Somaliland Chamber of Commerce.

Cairns is inspired by what he calls “the tough option” taken by many Welsh and British people with heritage in Somaliland, and says: “We have a passion in Wales, and in the UK, to support them.”

Cairns explains that during the Somaliland War of Independence, which raged for a decade between 1981 and 1991, “millions fled to Ethiopia” and “the capital, Hargeisa, was bombed flat”. More than thirty years later, he has “no doubt that the prospects and opportunities for Somaliland are [still] being paralysed by Somalia.”

But the Vale of Glamorgan MP is “hugely impressed and inspired by the way that Somaliland has had its economy turned around, despite the isolated position they find themselves in.”

That position – unrecognised by the international community – is the result of a complicated history rooted in colonialism.

Cairns’ colleague, former UK education secretary Gavin Williamson, who led the delegation – which also included Lords Eddie Lister and Stuart Polak – outlined some of that history in his opening remarks during an Adjournment debate on Somaliland recognition in the House of Commons on January 18 this year.

“For five days it was independent, before it took the step to merge with what was then the Trust Territory of Somaliland, historically Italian, to form a union. Both nations entered that union with optimism – a sense and a view of creating a pan-Somalia where all Somalis would be able to come together. The hope, for so many of those in Somaliland, was that this would be a union of equals.’

“Sadly, over the following 30 years, those hopes and aspirations for what might have been were not fulfilled.

“Instead, as the years progressed, the situation got worse, with military dictatorships and, tragically, people from the north of Somalia in historically British Somaliland being discriminated against… There were mass killings of tens of thousands of Somali civilians. It was one of the few conflicts where fighter jets took off from cities in one area in order to bomb the cities that they had taken off from, indiscriminately killing thousands of civilians.” 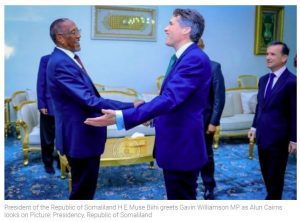 And Somaliland’s turbulent recent history is preceded by migration patterns that forged deep links with Britain as long ago as the opening of the Suez Canal in 1869.

Despite the Merchant Shipping Act of 1894, which decreed that the only place Somali migrants could work was amid the heat and noise of steam ship engine rooms, as ‘donkeymen’ or ‘greasers’ – and for 25 per cent less pay than their white counterparts – many Somali sailors began to settle in seaports such as Hull, Bristol, London’s docklands, and Cardiff.

Somali sailors were particularly prominent in the British merchant navy during the first world war, and by the end of the second, more than 2,000 Somalis had settled in Cardiff’s Butetown alone.

Subsequent generations and another wave of immigration during the war of the 1980s led to the community’s expansion and today it is estimated that 8,000 people of Somali heritage live in Cardiff, Newport and Swansea, making them Wales’ biggest single ethnic minority community.

Ali Abdi, a community organiser from Cardiff, is at the forefront of Welsh efforts to gain international recognition for Somaliland which has a population slightly larger than Wales at 3.5 million people.

He has worked with Cardiff University to establish links between his two countries, facilitating important research on “pressing issues like water retention – to combat frequent droughts”.

He explains the committed involvement of the Somaliland diaspora, saying of families that have now been Welsh and/or British for generations: “Parents instill the culture in children from early on.

“Many families save money all year round to go and visit grandparents, or to fund extended stays where children can fully learn the language and the culture before coming back to complete their education.”

And with regard to the country’s recognition, Ali Abdi says simply that he hopes “common sense will prevail”.

He acknowledges the main reason the United Nations is reluctant to grant recognition to Somaliland – “they say it would create a Pandora’s box in Africa and beyond” – but argues: “Somaliland is a unique case”.

Alun Cairns agrees, but also recounts a point he made to Somaliland president Muse Bihi Abdi at their recent meeting: “There are a number of knots we need to untie along the way toward recognition.”

Cairns says these include the funding of a road between the port of Berbera and the capital city Hargeisa through to Ethiopia, the most populous country in the Horn of Africa, and the thorny issue of insurance.

Currently, potential investors are put off by Foreign Office advice against all travel to Somalia – guidance Cairns sees as wildly inappropriate for Somaliland, which has conducted several sets of free and fair elections with smooth transition of power every time.

Despite having its own currency, the Somaliland shilling, it does not have corresponding bank recognition, and therefore imports and exports are hamstrung by a global financial system baselessly fearful that inward investment might fall into the hands of the Islamist militant group Al-Shabaab, who are active in neighbouring Somalia.

But despite these difficulties, efforts to build on Somaliland’s against-the-odds success are well underway.

Ali Abdi emphasises the unusual level of security in Hargeisa, highlighting examples of money being exchanged openly in the streets – with ‘piles of shillings’ swapped for $100 bills, and exchange booths left unattended during the call to prayer.

He is grateful for the strength of cross-party support in the House of Commons, with Stephen Doughty, MP for Cardiff South and Penarth, singled out as “a longstanding supporter”’.

Ali Abdi says “the next step” for Wales’ Somalilander community is to build a similar coalition of support in the Senedd. “We have a very good relationship with MSs from all of the different parties,” he says. “Plaid Cymru are active supporters, and we’d like to replicate the Westminster debate.” 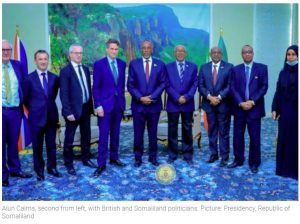 The community leader is strident in his view that ‘Somaliland should not be held to ransom by anybody’, and despite being an advocate of “speaking to Somalia” about leaving the 62-year-old union, he also draws attention to the intervention made by Rushanara Ali, Labour MP for Bethnal Green and Bow, in the House of Commons debate.

The politician drew a parallel between the Somaliland situation and her own country of birth – Bangladesh: “The UK Government took a leadership role and supported the right to self-determination of the country in which I was born during the war of independence between Pakistan and Bangladesh. It did not say that Pakistan should determine the future of the independence of what became Bangladesh.”

And it is interesting that in Abdi’s reminiscence, Rushanara Ali’s words take on an even stronger tone. Struggling to recall her exact words, he says: “We didn’t have to go back to our oppressors to ask permission to leave.”

Proponents of self-determination for nations without a state the world over will be watching Somaliland closely.