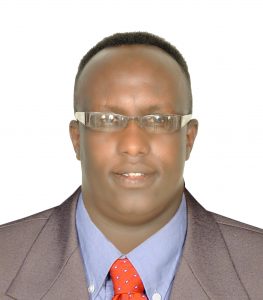 The financial services sector in Somaliland is presently dominated by the remittance business, which offers such services as well as checking accounts. However, several banks have obtained licenses from the Somaliland Central Bank, under the Islamic Banking Act.

These banks, in addition to their branches inside Somaliland, have their headquarters in some other countries in the Middle East or Africa, in which they hold a license from the central banks of the host countries. Although they provide basic banking services, they are not aggressive enough to provide all the banking and investment services desperately required in the country. True, there are constraints they face, such as the incompleteness or non-existence of the enabling laws to conduct their operations.

As the Somaliland banking system is in a state of infancy, it is worthwhile to ask which form they will take in terms of their market operations; competition or monopoly.

Will they be only local banks, or a mixture of local and international banks in light of reaching the unbanked in Somaliland and extending financial inclusion for all?

If monopoly reigns, banking products are limited as innovation is stifled, while consumers’ choices are restricted and expensive. Most significantly, the welfare of consumers is reduced. Competition among banks creates innovation in banking products, nurtures welfare, fights complacency and makes bank staff more efficient.

To promote competition in the banking industry, regulators should make low barriers to entry and existing in the industry, foster competitive pressures from non-bank competitors and ensure easy access to credit information.

Competition among banks can be a powerful source of useful innovation and efficiency, ultimately benefitting enterprises and households, says Thorsten Beck, professor of economics and Chairman of the European Banking Centre at Tilburg University. Competition can also foster stability through improved lending technologies and forces banks to move out from their comfort zones and reach out to small and medium sized enterprises (SMEs).

Out of 168 traders interviewed in Hargeisa in 2013, only 26pc use accounts with an institution – usually a remittance company – while 74pc do not have an account, according to a study done by the International Labour Organisation (ILO). Those who have accounts mainly use them for receiving money, payment for work or the selling of goods and services. About 10pc of these use it for savings, while a mere one percent use accounts for receiving money or payments from the government.

Consequently, there is a big untapped banking potential in Somaliland to serve the 74pc who do not have bank accounts, as well as those 24pc who have accounts only for the purpose of remittance. Savings accounts, where the savings grow either conventionally or in investment ventures under the Islamic banking setting, is desperately needed in Somaliland. Although people keep some money on mobile platforms, it is mainly for payment purposes for goods or personal consumption. It is not for savings and investment purpose.

Likewise, Somaliland vastly needs a bank with innovative investment venture, a resource mobilisation platform, and a sufficient resource base and appropriate risk appetite -either in the conventional or Islamic banking stream.

Currently, because of collateral and credit history problems, the few banks operating in Somaliland have limited operations and provide loans through informal and backdoor channels. A bank may solicit a borrower to take loans not only against a property as collateral, but also demand the client to provide a guarantor, who should be a prominent businessman or a shareholder of their company. Those who are successful in getting loans always complain about the mark up rate of 12pc, which is high in comparison with regional countries. This further amplifies the existing saga of financial exclusion.

Most of the loans relate to construction and trade financing, with no new and innovative investment ventures either in Islamic or conventional banking settings. Their operation is not based on the existing economic gaps in the country; and this is further exacerbated by the lack of influential national monetary and fiscal policies – Somaliland’s national economic influence is small in terms of economic policy directions, as well as the volume of its economic activities.