Home English Kulmiye and a... 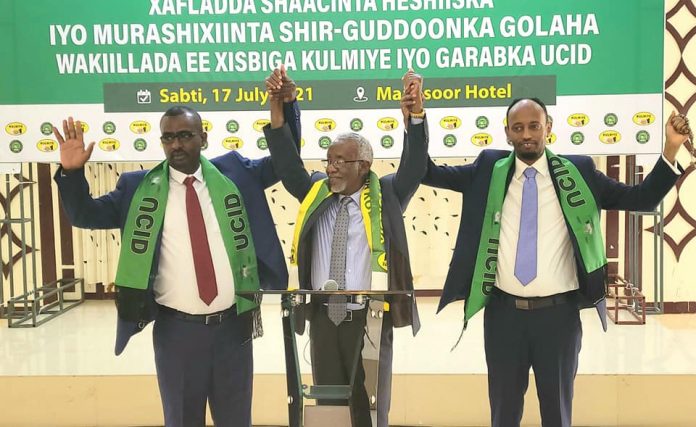 The media office of Somaliland’s ruling party  “Kulmiye” has today revealed that Kulmiye have signed an agreement with a faction of UCID party.

Under the agreement, the two sides will cooperate to ensure that Yasin Mohamud Hiir Faraton (Kulmiye), Said Mire Farah “Giirre” (UCID) and Abdinasir Yusuf Qodah (UCID) are elected as the Speaker, First Deputy Speaker and Second Deputy Speaker of the House of Representatives respectively.

As per reports, 10 or 11 members of the recently elected UCID MPs confirmed their support for the nominees.

A coalition of Wadani and UCID party, established immediately after the 31 May elections, has previously nominated Abdirizak Khalif Ahmed, Omar Jama Farah and Ali Hamud Jibril for the Speaker, 1st Deputy and 2nd Deputy respectively.

Waddani, Somaliland’s main opposition party, has the largest number of MPs in the new House of Representatives (31 MPs). However, it is not yet clear how many MPs in total confirmed their support for Waddani-UCID coalition nominees as there are apparently undecided MPs who are counted by both parties.

The election of the leadership of the House of Representatives is expected to take place on 24th July. 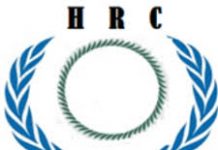 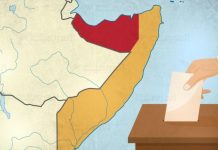 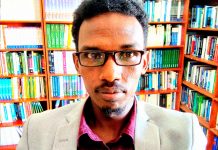 Predicting the Factors In...