Home English The Red Sea A... 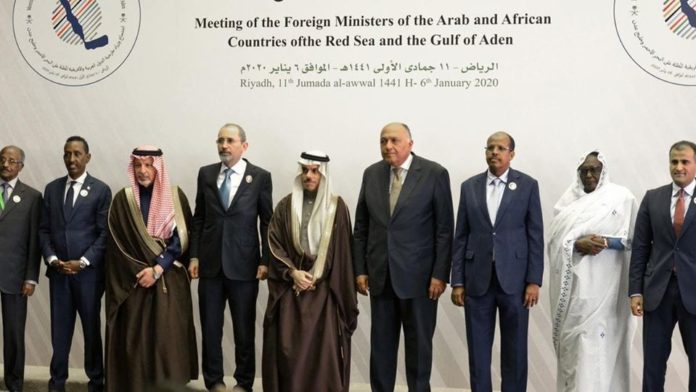 The Republic of Somaliland is a sovereign, democratic State in the Horn of Africa, sharing its borders with Djibouti to the West, Ethiopia to the South, Somalia to the East and the Gulf of Aden to the North.  It has been running its own affairs since 1991 after re-gained its independence from the other parts of Somalia which is still unable to stabilize even in Mogadishu.  However, it believes that the recent formation of the new regional alliance of Seven Arab and African countries bordering the Red Sea and the Gulf of Aden is aimed to strengthen peace and security in the region and secure sea navigation and world trade.

Without cooperating with Somaliland government, the established regime will be dysfunctional since Somalia does not have any interference in Somaliland seawaters in the Gulf of Aden. But the established council in Riyadh has shown how the Horn Africa region particularly the red sea waters are crucial as the current conditions may instigate another conflict between Somaliland and Somalia.

The entity of cooperation recently announced in Saudi Arabia is unacceptable without the involvement of Somaliland according to a statement from the Ministry of Foreign Affairs dated on January 7th, 2020. With the exclusion of Somaliland, despite being located at the strategic position in the Gulf of Aden, it is for sure that Somaliland must establish its own navy to protect its shores & seek capacity-building from anyone ready to help including Russia & Iran, because I do believe that the exclusion of Somaliland from this forum is unwise

According to other views, this new alliance was not calculated properly, which includes countries that have internal problems and it is considered as an ink on a paper, since Somalia does not manage Somaliland affairs.  But, in principle, the Red Sea and the Gulf of Aden are like a bottleneck in the movement of commerce and energy.  Historically, the geopolitical elements have made this area attractive to other countries. For example, Iran has attempted to extend its influence to Africa through the Red Sea by exporting its ideology. The Iranian project has failed because it knocked on the wrong doors. Poor nations do not care about ideologies; they want food, medicine, development and education. Iran has kept an eye on this area through their agents in Yemen, which borders on the Red Sea and the Gulf of Aden.

Later Turkish influence came into effect after Erdogan’s attempt found a foothold on the west coast of the Red Sea and sadly succeeded. Turkey is still working hard to find footholds in other locations unless someone puts an end to its ambitions like the UAE which has fully integrated its development projects into Somaliland that has annoyed Somali’s federal government many times. If you consider the terrorist organizations that control parts of Somalia and Yemen, you will realize the danger of tampering with this strategic part of the world but for which Somaliland has managed well in this context.

Last but not least, Somaliland is a sovereign country and does not allow any other country to represent its long coast waters which is 850 kilometers as it has already prevented from being used as a haven for piracy and by terrorist organizations.  The council announced will be dysfunctional unless Somaliland cooperates with the stakeholders, otherwise, the council decisions and commitment will be in the middle of nowhere.

May Allah bless and protect the Republic of Somaliland.

By: Muse Jeeh, a freelance writer based in Hargeisa, Somaliland.

He can be reached at Majeex2004@hotmail.com 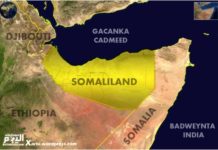 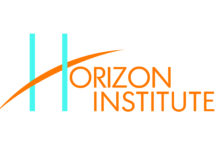 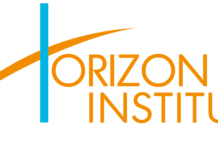