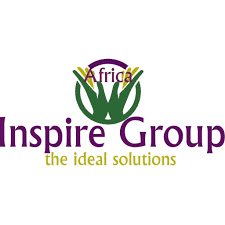 In the past two decades, Somaliland has made significant strides to democratisation process. It has so far successfully conducted six elections – three presidential, one parliamentary and two municipal elections. However, the continuous and unfortunate elections delays have consistently undermined the credibility of Somaliland’s democratic credentials, both locally and internationally. It is worth noting that the currentMembers of Parliament (PMs) were elected in 2005 for five years term, but sadly, they are still in Office – almost 15 yearsbeyond their constitutional term. Even worse, it is still unclearon when the next election would be held. That is evidently unacceptable to continue if Somaliland is to maintain its position as the “most democratic country” in the Horn, let alone a country that is trying to gain international recognition from the rest of the world. Consequently, it is high time the Government, all concerned parties and the public recognise the magnitude of conducting elections on time and the importance of upholding the Constitution and the rule of law.

Inspire Group (IG) applauds the Political Parties for the progress and consensus made on the much-delayed Parliamentary and Municipal elections. We would like to particularly note the new position of the opposition Parties to accept the Somaliland National Election Commission (NEC)to remain seven (7) members, and let the next Parliament decided on the contentious issue of extending their number to 9 (nine). Although we do regret the crucial time wasted on avoidable disagreements over that past two years on, we hope the Parties will continue working together to achieve the common goal of upholding the country’s democracy.

We would also like to highlight the regrettable lack of Somaliland’s internal mediation mechanism on the recent disagreement between the Political Parties. Unlike the past political disagreements in Somaliland, it was quite surprising to see a limited or no mediation efforts from the House of Elders, the now less-effective Civil Society Organisations(CSOs), and/or traditional/religious leaders. Hence, we strongly encourage the above-mentioned indigenous structures to take their customary role in mediating any political disagreements in the future, rather than being silent spectators while the national interests are at stake.

Inspire Group recognises that it would not be feasible to hold elections in December 2019, as planned. Thus, it will be necessary to agree on a viable extension to enable the new Commission to complete all necessary technical/financial requirements for the election. In light of this, we call on theHouse of Elders (Guurti) to consult with the relevant stakeholders and avoid any unnecessary extension beyond the technically necessary period. Similarly, we call on the President to take the lead in resolving the outstanding issues, particularly the regional allocation of parliamentary seatswhich is the most critical obstacle for now. We also appeal to the current MPs to refrain from any action that might be seen as a barrier to the elections – i.e. delaying the approval of the new NEC members, or reviewing the elections laws.

Finally, we sincerely hope that the Government, Parliament, Political Parties and International Partners will work together in goodwill to play their part to conduct the long-overdue elections at the earliest time possible.