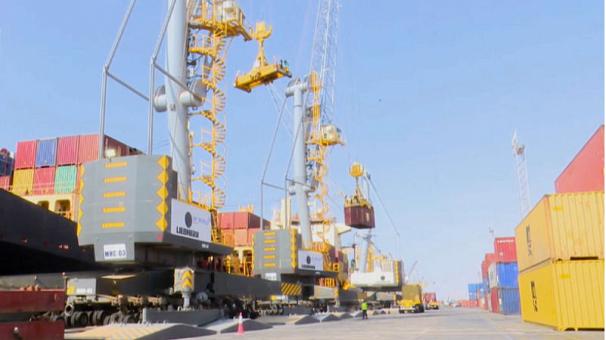 Since declaring independence from Somalia 28 years ago, Somaliland has struggled with a lack of investment, poverty and poor infrastructure.

But a project to expand its port of Berbera promises to turn the self-declared republic of 4 million people into a global shipping hub and unlock its massive potential.

Berbera sits on the southern coast of the Gulf of Aden. It occupies a strategic position in the Horn of Africa and lies on a busy shipping route for traffic to and from the Middle East and eastern Africa.

The President of Somaliland, Muse Bihi Abdi, describes Berbera as “a gateway that connects many African countries to the world”.

The Berbera Port expansion & modernization work together with the Berbera free zone & the new airport are an essential part of Somaliland’s economic development transformation and linkage to the broader regional economic integration and growth. #SomalilandAchievements #Somaliland

Somaliland broke away from Somalia in 1991 and has operated independently since. It has its own parliament and elections, its own currency, passports, flag, military and self-declared border.

But the state is not recognised as a country, which rules out direct aid or loans from most global institutions.

In May 2016, DP World signed a 400-million Euro agreement to annexe and operate a regional trade and logistics hub at Berbera.

Since then, Berbera Port’s capacity has grown by 50 per cent. It now handles up to 13,000 containers a month.

Supachai Wattanaveerachai, the port’s chief executive, said: “Our vision is to make Berbera a regional marine hub, a gateway for Ethiopia and to open new markets for the Somaliland people.”

As part of the agreement, a network of roads is set to be built to connect the port with its hinterland.

This will link up with Ethiopia, a land-locked country of over 100 million people that is fast industrialising. It is one of Somaliland’s main trading partners. 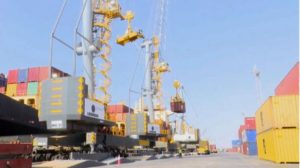 With limited foreign investment, the Somaliland government and other organisations are trying to create new jobs.

“I think the future is bright. And investment in the port is a catalyst to many things happening in Somaliland which will definitely create jobs and give hope to a lot of young people.

“Our population is very young. Up to 70% is under 30 years old. And we believe the combination of the port and Berbera corridor, the road from Berbera to Ethiopia, and the free zone, plus the international airport, the combination of these infrastructure projects will create the capacity to meet the logistical needs of the region.”

Shams Adan Awale imports textiles from the Middle East and China and hopes to benefit.

She told Connecting Africa: “We have been facing delays at the port. Cargo comes and you have to wait to get it because the port is small and lacks modern equipment. We have heard that with the expansion, the delays will be completely eliminated.”