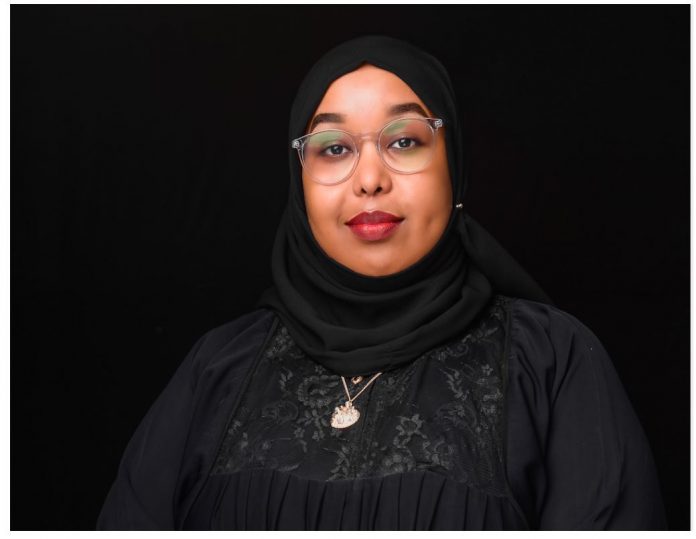 Itwas school break time. After we had a few snacks, which we bought from the old woman who sat under the big tree in front of our school, me and two friends of mine curiously started wandering before the bell tolled signaling the end of snack break. The three of us went around the valley adjacent to our school. It wasn’t our first day visiting the valley; we were frequent visitors, specifically on rainy days, which we would stand at the top of the valley and watch the floods. On dry days, we used to play endlessly on the sand.

However, that day was no different from our typical childish wandering. In the mid of our sightseeing, we heard the bell rang. I and my friends started to run back to the school block. All of a sudden, an aggressive mad man came out of nowhere and charged at us with an implement that looked like a spear. My friends dashed as fast as they could towards the school. I was just frozen to the spot, consumed with fright. My mind was blank. All I could remember was that I found myself in the middle of the road in front of the school with a vehicle speeding towards me. When I opened my eyes, I saw the blur of a man staring downing at me. His words sounded so distant.

My head was throbbing. My whole body hurt badly. It felt as if I had collided with a raging bull. I could see my friends too. They were frightened to the core. I also saw more people gathered around me. What seemed like an eternity passed without me uttering a word. I was in a state of total confusion trying to fathom what was happening around me. Finally, I managed with a feeble.

I was told that I had been knocked by a car. Luckily, it did not run over me. Otherwise, I wouldn’t be here today telling this story. I was rushed to the hospital where it was confirmed that I didn’t sustain any serious injuries. I had escaped with a few bruises. My mother was there. She came quickly as she heard the news. Later that day, she confessed to me that it was the worst day of her life. The thought of the possibility of losing me chilled her heart. As her only child, that fear haunts her daily.

Growing up as an only child was neither a pleasant experience for me nor for my parents. Not having siblings was difficult, and being the only one who bears my father’s name is a cruel reality to accept. In Somali culture, it is a big deal. For me, it is bitter-sweet. It means that I am not biologically a sister to anyone, and neither do I get the pleasure to be an auntie to little ones. Being a small family of three is not only quite complicated at the moment, but the future portends more gloom. There is nothing scarier than the thought of one of us dying someday! That just rubs off differently because I cannot imagine not having my parents around, and I cannot imagine my parents not having me around either. That thought alone caused suffering to my mind already.

During the early years of my childhood, I had a very limited worldview. I was always protected by my parents and barely encountered any challenges until I faced the world when I started school. The fact that I didn’t have siblings at home, I haven’t got the opportunity to interact with ‘little people’ or a real child and do children’s stuff. Starting school felt like a small bird released from its cage for the first time. I still remember that day vividly. I was very excited and could hardly sleep that night. I kept awake all night checking now and then if the sun was out yet. Finally, it was the morning and my mother dressed me up, then went to the school together. That first day in class, a question that would haunt me throughout my whole childhood popped up:

“Where are your brothers and sisters?”

That was the first question that escaped the mouth of the little girl who sat next to me on my first day in school.

For a moment, I was blank. Somehow, I knew that I didn’t have siblings, but I didn’t know it was such a big deal. The other kids in my school had siblings, and they would come to the school together. I was the odd one out. I realized that day that I was different, and it wasn’t a good feeling at all. Going to a primary school alone for the first few weeks was a very unpleasant experience.

One of the most difficult things I had to deal with growing up was to witness the whole society pushing my father to marry another woman so he can have more kids. Sometimes these were uttered in my mother’s presence. Those conversations were not only uncomfortable and confusing, but they also disrupted my worldview. I have lived not only with my pain but the pain of my mother too. How can she be blamed for what she did not control? She didn’t choose to have one child. Seeing her life with the consequences of something that is beyond her abilities was difficult for me to witness.

My mother is an amazing woman. She loves children, and if she had the power to ‘produce’ more, she would, but that was beyond her control. I could see the struggles she lived through raising me. The judgment from people! The name-calling and finger-pointing. People found faults with everything she did. Even how she parented me was judged. They thought that she gave me a lot of passes as a child and not grounding me enough, but I couldn’t ask for better, because she raised me with kindness, care, and honesty.

My mother and I were not the only casualties of the only child ‘syndrome’. My father was not spared either. Despite the constant pressure from his family and friends to marry a second wife, he didn’t. He stood by my mother through it all, and it is heartwarming to see them growing old together. My mother is, and always will be, his only sweetheart.

In a society, where big families are common, being an only child could be very daunting. The fact that people have zero sympathies for the only child’s feelings is one of the biggest consequences I live with. As I grew up, it was very difficult to communicate and blend in with the people around me. I found it challenging to externalize my feelings and always kept my difficulties to myself. I always tried to solve my problems, and this didn’t go well with my close family members and friends. It is not that I never wanted to share my ups and downs with them, but I just didn’t know how to communicate well at all. It was such a lonely path to tread. I have worked on my communication and dealing with people later in my adulthood.

Although I have largely overcome most of my childhood lonesome challenges, still that lonely feeling always someway somehow finds itself creeping into my world today. I am intertwined in the tapestry of loneliness and being socially active. My life is a dilemma between me needing a support system and being strong so that I can take care of my growing old parents. It is a huge responsibility on my shoulders and however hard it is, there is no sibling I could ask help for. There is neither a brother’s shoulder to lean nor a sister’s hand to hold onto. No matter how much care I need, I don’t have a choice but to be strong for my family. And that is how I defeated against all odds.

Being an only child has molded me into who I am today. Irrespective of the negative societal consequences, it has its benefits as well. One common perception among Somalis is that the only child is always a ‘spoilt brat’. I would be lying if I say I haven’t been spoiled. To be honest, I have received a lot of pampering as a child and a teenager, but I was never a ‘spoilt brat’. I have been given all the care and love in the world. I was rarely denied of anything. I was given the ultimate freedom to express myself indeed, thought and speech. My choice has always been considered. Having the ultimate freedom to express myself contributed to my confidence as a child, and it is something that I can proudly relate to myself today. Those little actions of being allowed to express myself freely as a child have built a solid foundation of strong confidence and independence as I was entering my adulthood and I have learned how to get things done without relying on anyone. I have gained strength from this lonely path and learned tons of lessons from all the inconveniences I have met along the way.

Although a lot of kids from different households perform very well academically, I believe being alone contributed to my academic success during my schooldays. This is another advantage of being an only child. I guess the lack of distractions made me focus on my books and school work. Being an only child was also a gift because being always alone at home, I got the chance to read every book I could find. Reading was my favorite pastime growing up. Reading opened a whole new world to me and contributed to having dreams at an early age and being ambitious. It also opened my imagination and creativity. Being an only child has pushed me beyond all limitations and to be honest, it isn’t a bad thing after all.