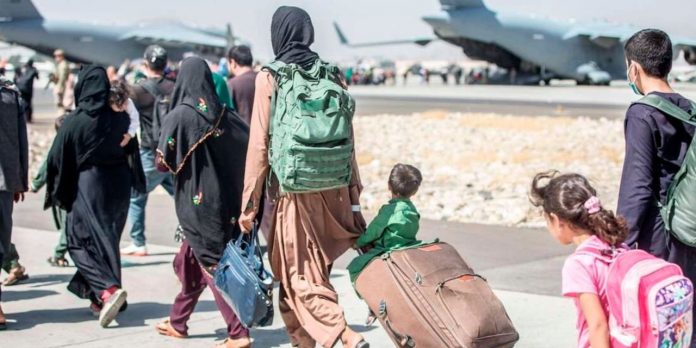 Nation Africa- Somaliland has agreed “(in) principle” to take in refugees from Afghanistan, a foreign ministry official said Friday, as tens of thousands of people desperately flee the war-torn nation following a Taliban takeover earlier this month.

The militants have repeatedly promised a different kind of rule to their brutal regime of the 1990s that saw girls barred from school, women confined to their homes, most entertainment banned, and stonings and public executions used as punishments.

But since their August 15 takeover of Kabul, many Afghans have grown increasingly desperate to escape the country before the Taliban’s deadline for evacuations expires at the end of the month.

On Friday, a spokesman for Somaliland’s foreign ministry said that Hargeisa had entered into discussions with US officials about temporarily hosting Afghan refugees.

“We (in) principle agree… to host Afghan refugees for the transit period,” the official said, adding that the agreement was still at a preliminary stage, with technicalities still to be worked out and no date set for their arrival.

The US government has also been in talks with Uganda about taking in refugees. On Wednesday, a charter flight carrying 51 Afghans — including men, women and children — landed in the East African country, with more evacuees expected to arrive in the coming days.

The evacuations were in response to a request from Washington to temporarily host “at-risk” Afghan nationals who are in transit to the United States and other destinations worldwide, Uganda’s foreign ministry said.

Media reports say Kampala has agreed to take about 2,000 refugees but this has not been confirmed.

Earlier this week, the founder of Afghanistan’s only boarding school for girls said that nearly 250 schoolgirls, faculty and staff would decamp to Rwanda to continue their education for the next several months.

Aid agencies have repeatedly said that the international response to support refugees in East Africa has been underfunded, with the UN World Food Programme slashing its monthly assistance to refugees in Rwanda by more than half this year.

Somaliland declared independence from Somalia during the 1991 civil war and has thrived as a comparative beacon of stability. While some governments maintain informal ties with Hargeisa, Somaliland is not diplomatically recognised by any other nation.

Somalia fiercely opposes Somaliland’s claims to independence and considers the region part of its territory, though in reality Mogadishu exercises little authority over its affairs.

Boasting a long coastline on the Gulf of Aden and a vast desert interior, Somaliland has a functioning government and institutions, its own currency, passport and armed forces.