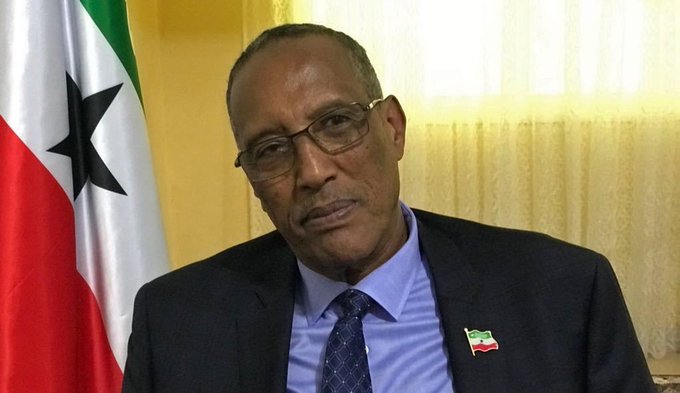 While this year’s United Nations General Assembly convened under the theme, “Galvanizing multilateral efforts for poverty eradication, quality education, climate action and inclusion,” the forum will be unable to achieve a true international effort to tackle these challenges — not due to a lack of commitment, but rather to a failure of inclusion.

My nation, the Republic of Somaliland, will not be attending, despite having achieved independence with many other African nations in 1960. Today, we are among the few democratic, secure and economically stable countries on the continent. Having joined an ill-fated union with the former Italian Somalia, and then surviving and separating from an oppressive regime in 1991, the people of Somaliland built a nation that today meets all the requirements for international recognition. Yet we remain sidelined as U.N. member states address key issues of the day that we too face more acutely than many others.

Somaliland’s exclusion from the General Assembly is particularly unfortunate, given our embodiment of the core values on which the U.N. was founded. The fundamental values of democracy, human rights, and the rule of law enshrined in the charter of the U.N. are also the cornerstones of Somaliland’s political culture.

Our elections are vibrant, with power changing hands and parties through elections that international observers have declared free and fair. Our leaders are accountable. And our civil society is active, enjoying lively public discourse on both domestic and global issues.

In sharp contrast, the government of Somalia, our former partner and now neighbor, displays none of these values. It is instead, fraught with corruption and unable to ensure the security of its own officials, let alone its citizens. Yet its president, selected by a parliament hand-picked by Somali elders in a fraudulent, undemocratic process, will share the dais with others at this year’s premier diplomatic forum.

When Somaliland has an opportunity to engage with the international community, we welcome it. In July, President Musa Bihi Abdi welcomed U.N. Special Representative James Swan to our capital, where he met with cabinet ministers, women leaders and beneficiaries of U.N.-sponsored programs. President Bihi has also strengthened Somaliland’s bilateral relations through regular consultations with his counterparts and other representatives from Saudi Arabia, Guinea, the United Arab Emirates, Ethiopia, the United Kingdom, the European Union and elsewhere.

These engagements have spurred wide-ranging partnerships, including a major renovation of our Port of Berbera, to capitalize on our nation’s strategic location and increase trade and economic opportunities for the entire Horn of Africa.

Meanwhile, Somalia has shunned U.N. Special Representatives and alienated neighbors. Its leadership refuses to partake in good-faith negotiations with our government, defying appeals by many who recognize that impediments imposed by Mogadishu are grossly unfair. It even blocks U.N. observer status for Somaliland, stifling our voice while hoarding international assistance.

With regard to the U.N.’s mission to advance peace and security, Somaliland serves as a model for the region. Strategically positioned where the Red Sea meets the Gulf of Aden, Somaliland has deterred piracy that was once the dread of commercial ships and coastal communities in our region. We have prevented al-Shabab and other terrorist groups from reaching our shores or penetrating our borders. And we welcome security partnerships with other nations that share our values and also seek stability in this otherwise volatile region. This offer is particularly important today as the conflict in Yemen endures, and tensions between Saudi Arabia and Iran reach alarming levels, both of which are among the top issues U.N. member states will discuss in New York.

Somalia, on the other hand, continues to suffer from piracy and remains overrun by terrorists, to the extent that legislators rarely leave Mogadishu to travel to the regions they allegedly represent.

Given Somaliland’s alignment with the values espoused by the U.N., it is hardly surprising that the common challenges member states gather to confront this month mirror those that our government has designated as top priorities. As we take tangible steps to combat cross-border threats, increase educational achievement, reduce poverty and contend with climate change, we are also working to attract foreign investment that will drive sustainable development, growth and prosperity for the entire region.

Somaliland remains steadfastly committed to advancing this work alongside other like-minded nations and the U.N. system. What better way to solidify this partnership than by welcoming Somaliland to the 2019 U.N. General Assembly with open arms?

Yasin Hagi Mohamoud is the Foreign Minister of the Republic of Somaliland.