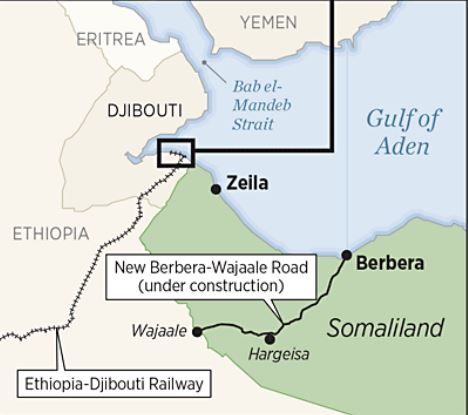 The autonomous territory of Somaliland sits in one of Earth’s most strategically important areas. Yet the influence Beijing has built, particularly in Djibouti, threatens the U.S.’s ability to defend its interests there. Recognizing Somaliland would let the U.S. build a partnership with the territory that would give Washington a hedge against further deterioration of its position in Djibouti. Hargeisa (the capital and largest city of Somaliland), almost alone in Africa, has already demonstrated its willingness to defy Beijing when it established what is, after Eswatini, Taiwan’s most advanced diplomatic relationship in Africa.

Recognizing Somaliland would also affirm American support for democracy by rewarding the territory’s tenacious, though still-developing, 30-year-old homegrown democracy. It would as well allow Washington to provide the type of unfettered support for democracy-building activities in Somaliland that it cannot currently provide because of constraints imposed by the federal government based in Mogadishu. Somaliland is also an area of relative calm that offers the U.S. an opportunity to work with an advantageously positioned partner that carries few of the risks and constraints that undermine Washington’s efforts elsewhere in the region.

A common objection to recognizing Somaliland’s statehood is that it would set off a brushfire of secession in Africa. Yet Eritrean and South Sudanese independence did not. Somaliland is also unique in Africa because it has successfully operated autonomously for 30 years, has a critical mass of the attributes of statehood, was once independent, and wishes to revert to that status within colonial-era borders, the standard the African Union uses to determine statehood.1

The AU’s precursor, the Organisation of Africa Unity, declared in 1964 that the assembled heads of state and government “[s]olemnly declare[] that all Member States pledge themselves to respect the borders existing on their achievement of national independence.” This should not be a bar to Somaliland independence since Hargeisa wishes to revert to the borders it had when it received independence from Britain. There is also an irony in using the Organization of African Unity declaration as justification for denying Somaliland independence because the summit that produced the pledge was held in Cairo—then part of the United Arab Republic after Egypt and Syria voluntarily united in 1958. That union was dissolved in 1961 after Syria declared its independence, and African states today recognize Syria’s sovereignty. They also recognize that of the Sudanese Republic (today known as Mali) and Senegal, conjoined in the Mali Federation that became independent in 1960 but voluntarily dissolved several months later. For the OAU declaration, see Organization of African Unity, “Resolutions Adopted by the First Ordinary Session of the Assembly of Heads of State and Government Held in Cairo, UAR, from 17 to 21 July 1964,” July 1964, https://au.int/sites/default/files/decisions​/9514-1964_ahg_res_1-24_i_e.pdf (accessed August 6, 2021)… Read more